TE cells proliferate in the early blastocyst but once the blastocyst is expanding, the mitotic activity of the mural TE cells (separated from the ICM by the blastocoel) declines. This means that by the time the embryo implants, cell division occurs only at the polar region in both the polar TE cells and ICM (Copp, 1978). Cell numbers increase in the ICM but this is not the case for the polar TE due to migration of polar TE cells to the mural TE region, which is mitotically inactive (Copp 1979). Studies of the ultrastructure of blastocysts have demonstrated that some TE cells at the polar-mural junction extend cell projections to the surface of the ICM cells (Figs 389–391; Ducibella et al., 1975). In the work of Salas-Vidal and Lomeli (2004), these cytoplasmic extensions or filopodia in mouse blastocysts were extensively characterized. They contain filamentous actin and can be classified into short and long filopodia. The short filopodia extend both from the ICM and the mural TE into the blastocoel cavity and are found abundantly. The long, thin filopodia traverse the blastocoel from the mural TE to a central ICM cell and were found in 40% of in vivo produced mouse blastocysts. However, they were observed in almost all in vitro cultured blastocysts, indicating a possible defect associated with in vitro culture. Normally, these long extensions appear in the early blastocyst and are withdrawn in the expanded blastocyst once the polar TE cells have migrated to the mural TE. When these extensions are still present during expansion, this could be an indication of poor embryo development, breakdown of polarization or poor media conditions (Scott, 2000). With digital imaging video, Salas-Vidal and Lomeli (2004) observed vesicle-like bulges moving along the long filopodia, suggesting cellular activity. Immunolocalization of the FGFR2 and ErbB3 receptors also suggest signal transduction activity within these filopodia indicating a direct communication between the mural TE and the ICM cells. 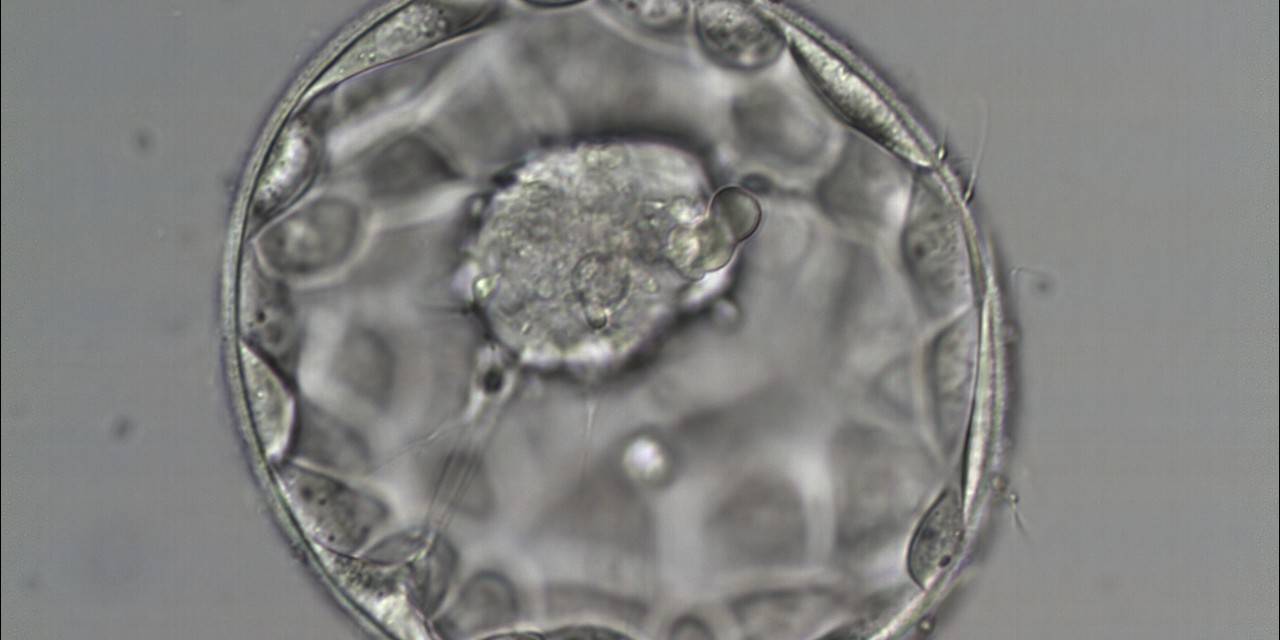 Good quality expanded blastocyst (Grade 4:1:1) with a large mushroom-shaped ICM and a well organized TE. There appears to be cytoplasmic strings extending from the ICM to the TE. The blastocyst was transferred and implanted. 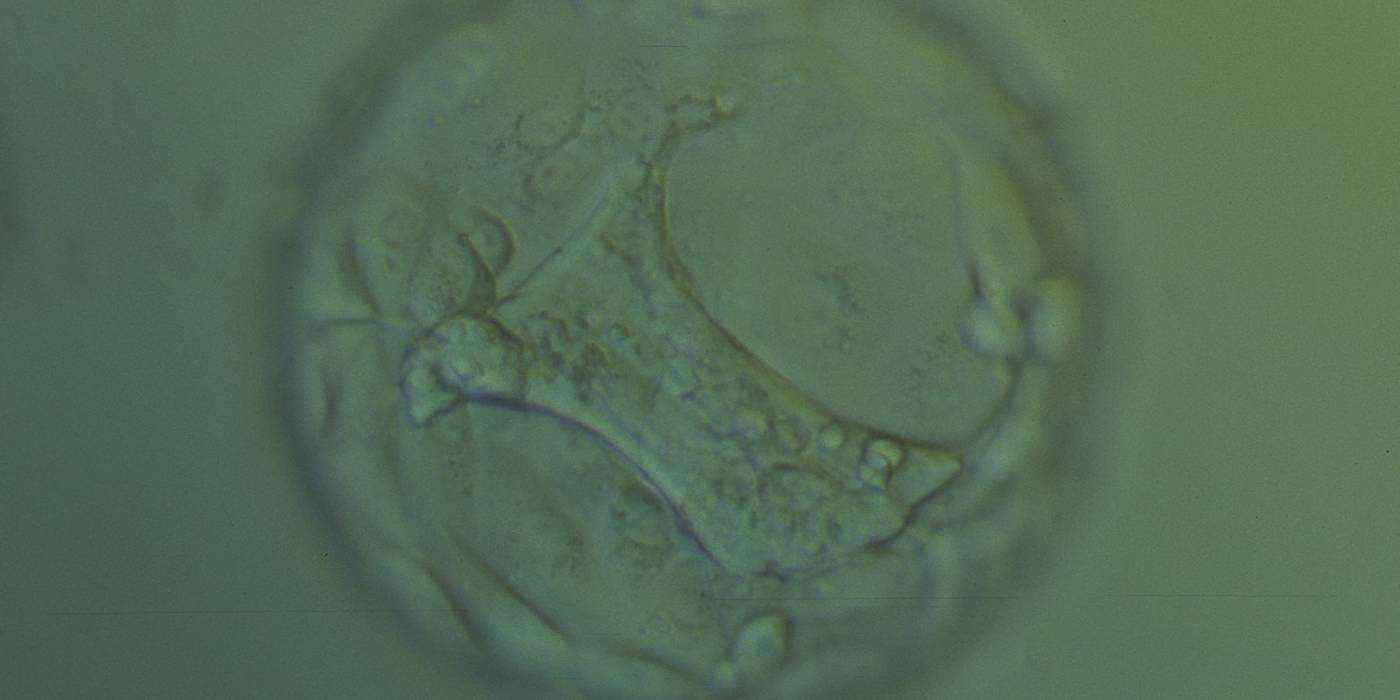 Hatching blastocyst (Grade 5:1:2) with a large stellate ICM that seems to be connected to the TE cells with short triangular cytoplasmic strings or bridges. The blastocyst was transferred but failed to implant. 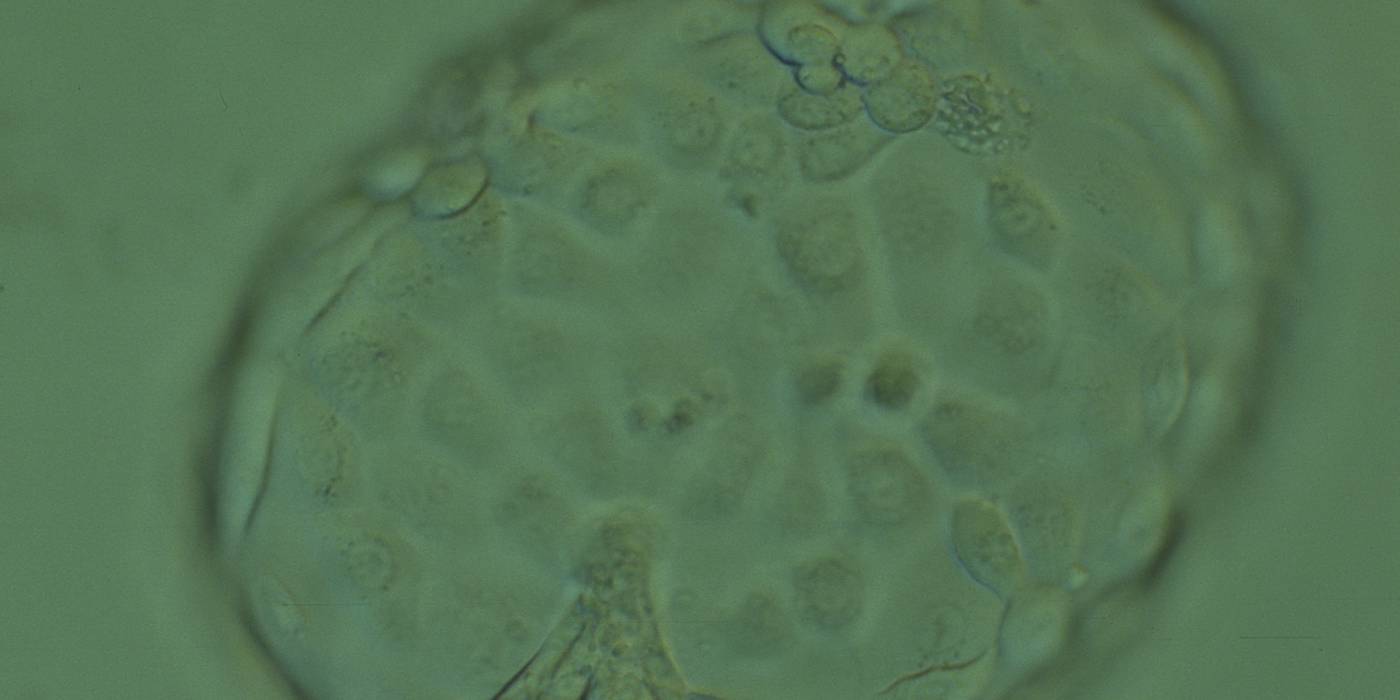 Hatched blastocyst (Grade 6:1:1) that is now completely free of the ZP showing a compact ICM that appears to be connected or anchored to the TE by a broad triangular bridge. The blastocyst was transferred but the outcome is unknown.

from Oocytes to
Preimplantation Embryos